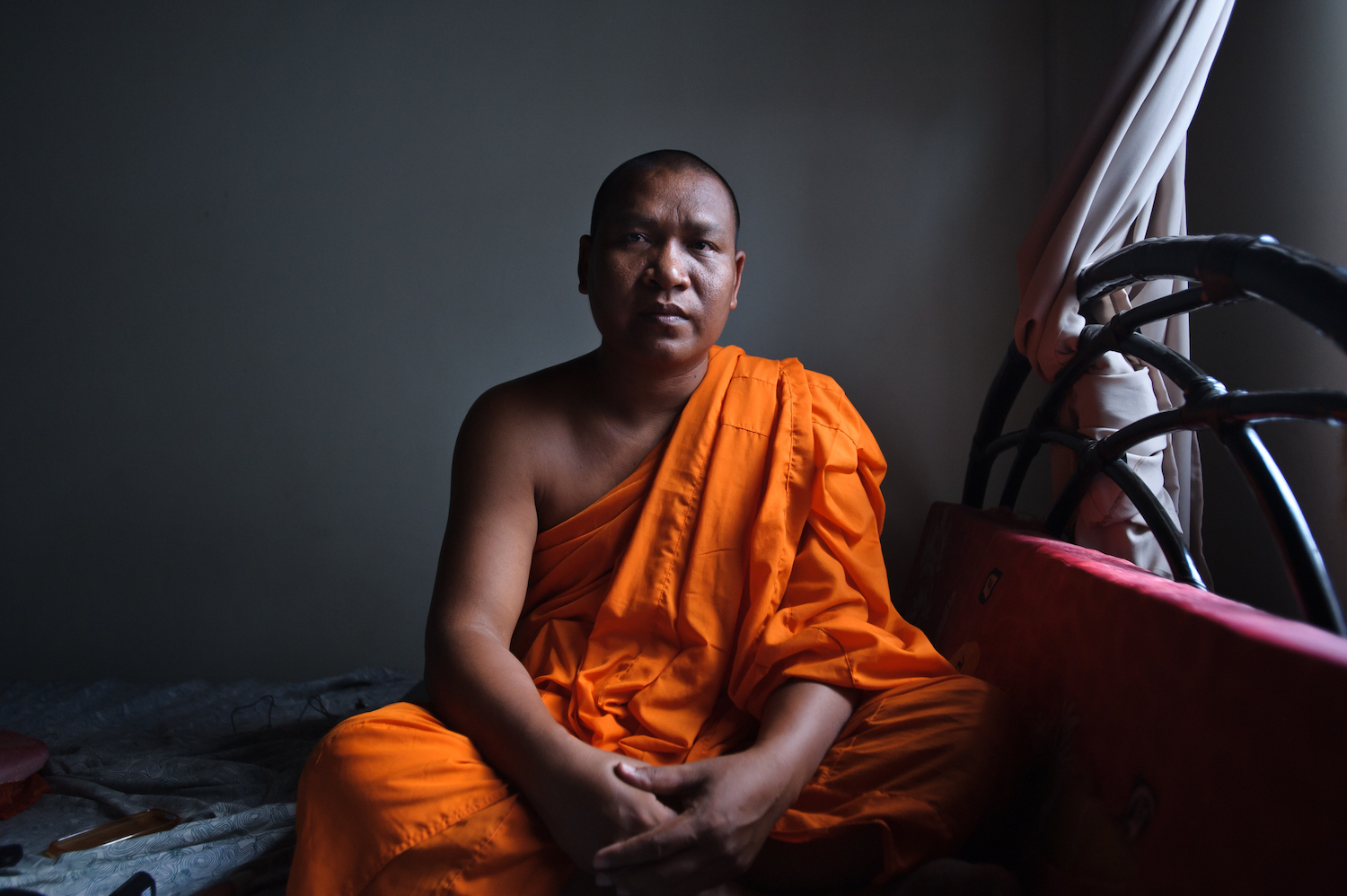 The Venerable Loun Sovath poses for a picture at a safehouse in Phnom Penh. He has been evicted from his pagoda and refused stay in any pagoda in Phnom Penh, because of his activities as a human rights defender. (C) Chris Kelly 2011. 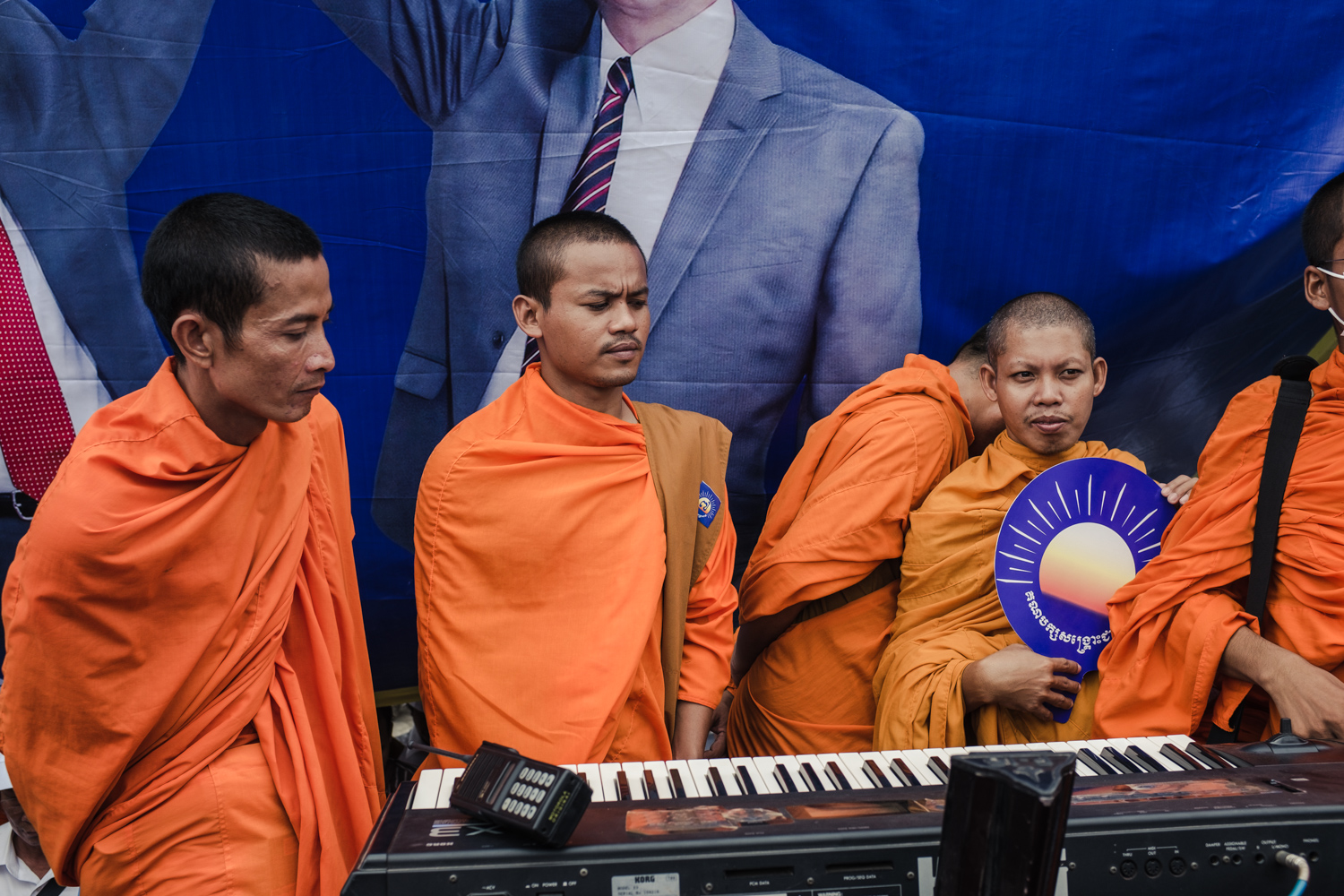 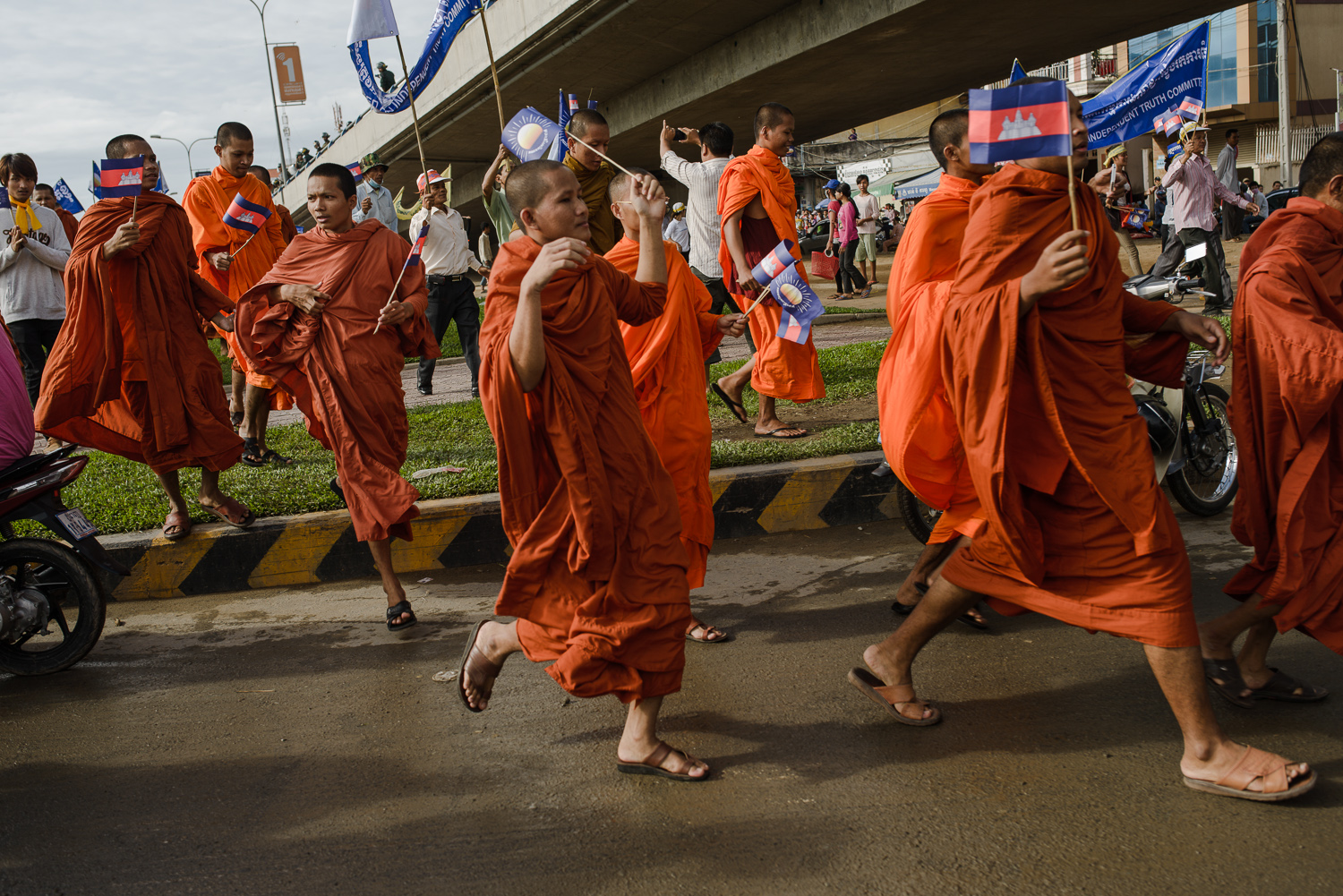 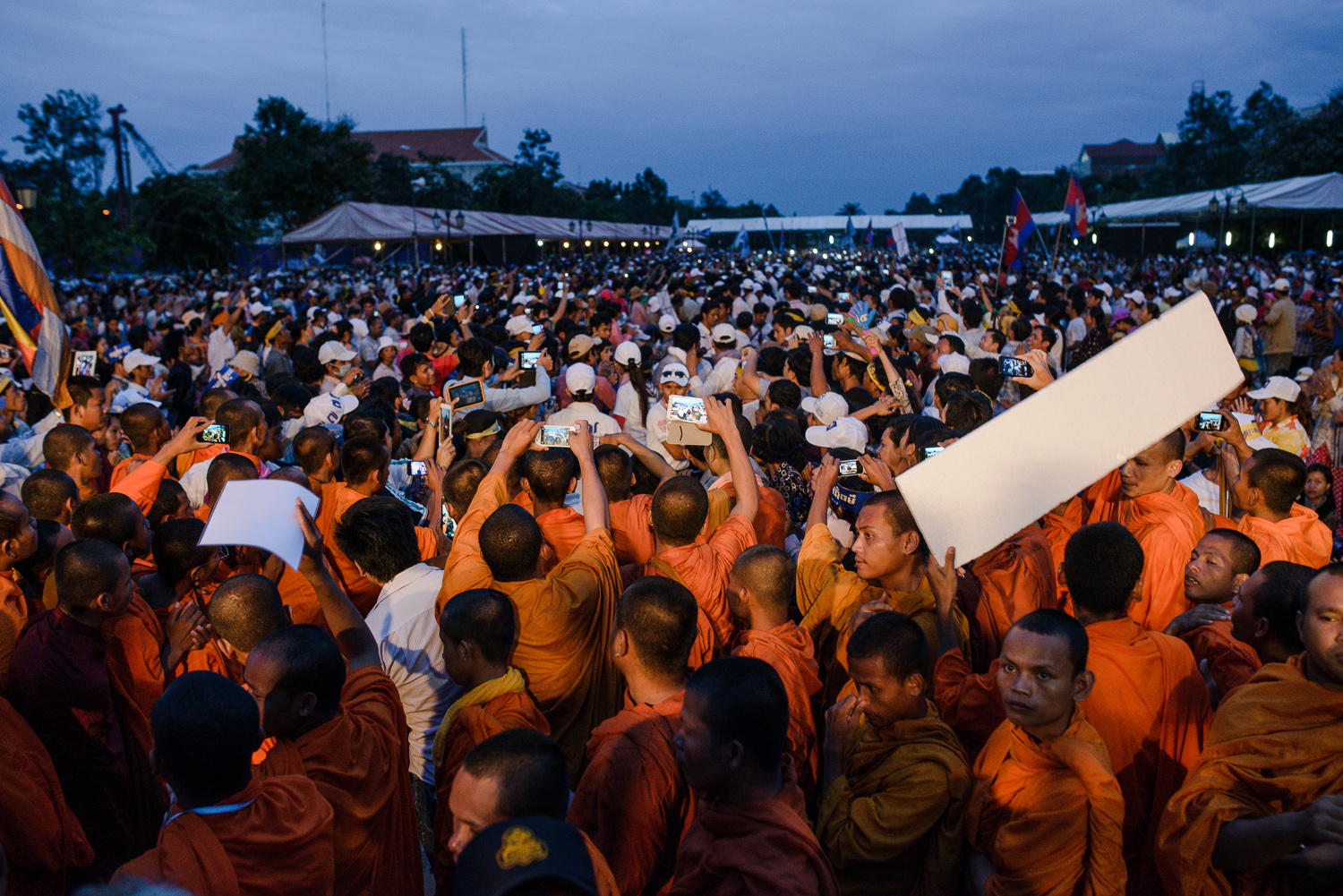 When I met the Venerable Sovath in August 2009, he was alone, studying philosophy and painting the story of Buddha on the walls of his quiet, rural pagoda in Siem Reap province, Cambodia. He told me that he became a monk as a child to escape the bloodshed of the civil war that was consuming his family. A few months before his brother and nephew were shot during a violent forced eviction, in which many of his family and community lost their land to a wealthy businessman. When he arrived at the hospital, he started to film, and afterwards he made a short documentary to share with others. This was the turning point that transformed Venerable Loun Sovath from an artist into a filmmaker activist.

Now dubbed the multi-media monk, because of his technical proficiency in filmmaking and editing, and because of his innumerable gadgets, Venerable Sovath is trying to combine the teachings of Buddha with his new role as a Human Rights Defender, creating documentaries that highlight human rights abuses across Cambodia. For him, the path to enlightenment and the path of a Human Rights Defender are inexorably linked, yet how successfully he can reconcile these two drives is at the heart of his own personal struggle.

He uses video as a tool for his advocacy, both bearing witness to history and sharing information. He uses social media such as Facebook and his blog to share his videos with an increasingly connected and online Cambodian population.

He is fulfilling the now neglected traditional role of the Buddhist monk in Cambodian society, providing moral and spiritual guidance, and acting as a counterpoint to the power and corruption of an authoritarian government and a corrupt religious Sangha.