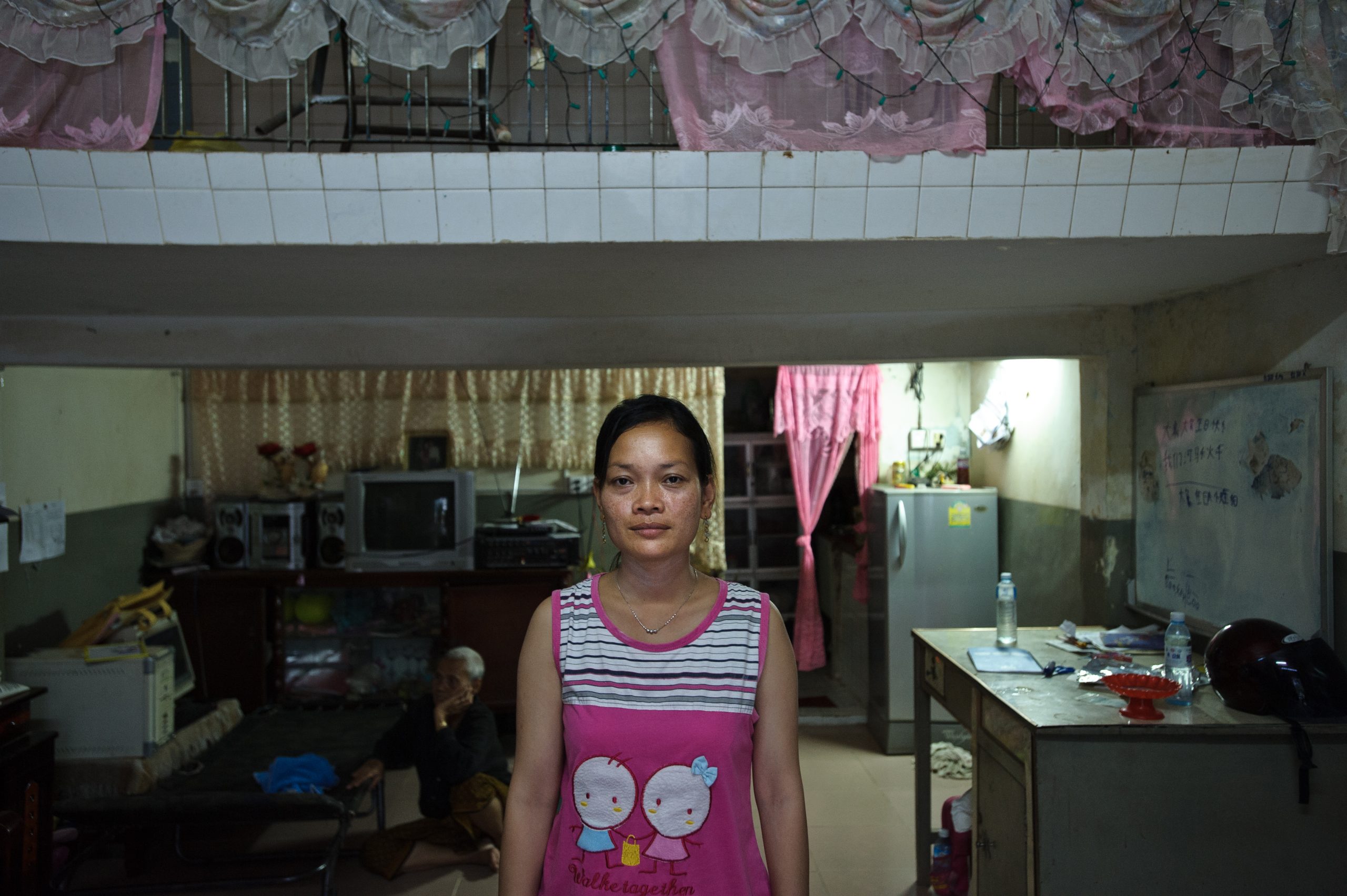 Srey Pov poses for a photograph in her home at Boeung Kak lake, Phnom Penh. She is one of the community representatives and leader of 'The League of Boeung Kak Women Struggling for Housing Rights.'

Srey Pov is a Cambodian housing rights activist and mother of three. She owns a small house on a valuable piece of land in central Phnom Penh. She came from a life of poverty and worked hard to save money, buy her home and provide a better life for her children. During her time as an activist she emerges as one of the community leaders, she is outspoken, articulate and insightful and is instrumental in her community obtaining an admission of wrongdoing from the World Bank. When her best friend Tep Vanny is put forward by others as the community leader a division appears within the group. As Vanny is invited abroad to speak on behalf of their community, Srey Pov remains at home, in the shadow of Vanny’s growing fame. Eventually Srey Pov leaves the group entirely, however it is never clear if she was bought out by the government or if she was the victim of rumours spread by Vanny.

The tragic end to her story reveals a fragile and lonely figure, longing for the friendship and solidarity that gave purpose and meaning to her life during the years of protesting.