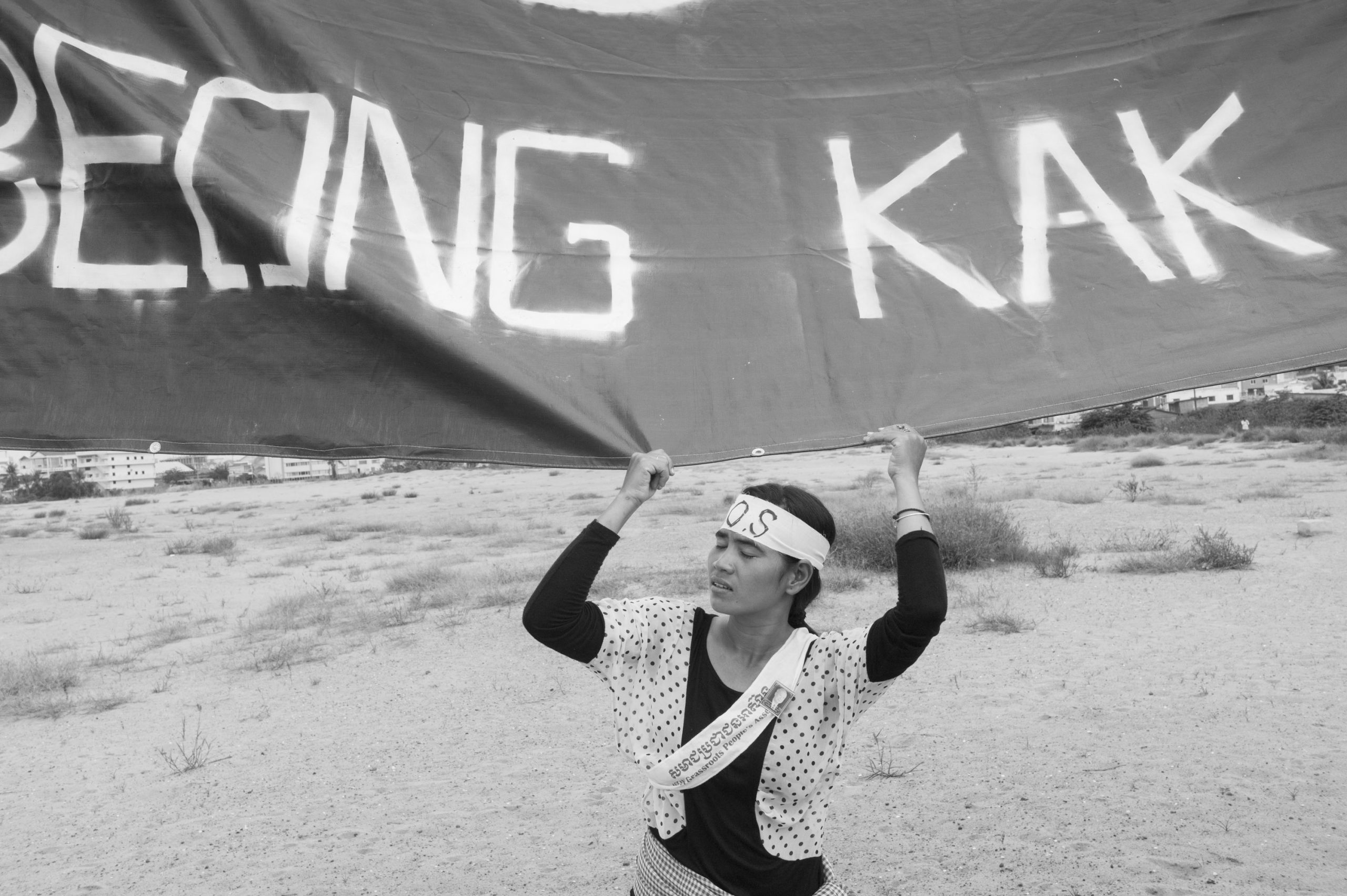 CAMBODIA. Phnom Penh. 18/11/2012: Tep Vanny, community representative supporting a banner when Boeung Kak Lake and Pochentong Airport communities, under threat of an eviction, demonstrate ahead of the ASEAN meetings to be held in the capital.

Dubbed a ‘professional protestor’ by the Cambodian government, Vanny is a young mother of three and the appointed leader of Cambodia’s most high-profile forced eviction. She emerged as a leader during the later part of the protests mostly because she was the only member of their group able to speak English. Her role was cemented by Hillary Clinton when she intervened in their arrest and subsequent conviction. Vanny’s trajectory is on the rise throughout the film, while Srey Pov eventually pales away into the background, Vanny finds herself centre stage during the political protests that engulf the country, speaking on stage to tens of thousands of protesting Cambodians during the protests of the Cambodian Spring.

However by the end of the film, it is Vanny who recognises that the division between the group is being fuelled by the government and developers in order to further break them up. It seems tragic and inevitable that both the land-rights protestors and the political movement that attempted the Cambodian Spring, would eventually consume itself, that personal greed would get in the way of the greater good, and that their solidarity would be eroded and destroyed by that very human emotion; envy.